God is NOT a Denver Broncos fan!

The disturbing trend of athletes, reality show contestants, and others engaged in trivial competitions to praise or thank God for their securing a 'win' is something that I would like to spend a moment to reflect upon with our readers and followers. First of all, the ludicrous implication that God "cares" about the outcome of a meaningless game is foolish at best and dangerous at worst. It demonstrates a remarkable spiritual immaturity that is really inexcusable from any educated stand-point. Are we to believe that God favors one football team over another? Are we really so ignorant as to suggest that Christians, when so engaged in any endeavor, no matter how unimportant, will always win the favor of God by the very certitude of the contestant's faith?
Two such examples have come to my attention in recent times. The first, and most prolific, is to be found in this Tim Tebow media circus. He is being praised by many Christians for his overt display of his Christian prayer life on the national camera. After every game or remarkable play, he gets down on his knees and prays or points to the sky as a means to thank God, presumably, for what just happened. The second was on this past season of the reality show Survivor, where the viewer had to endure the almost clinical scrupulosity of Brandon Hantz and Benjamin "Coach" Wade as they led their respective tribe in prayer. They were sure to thank God for every win under their belt and were just as quick to dismiss any failure as "God's plan".
It is no mystery to someone like me, who literally spends hours upon hours each week conducting damage control for the Christian faith, to find that those who are suspicious (or at least fed up with Christian "in-your-face" fundamentalism) use these examples as fuel for the fire. And rightfully so! What message does such childish behavior send to the secular world about what is, in truth, a rare and profound spirituality?
The painful theological truth is often much different than many such people might suspect. Was Jesus Christ spared when he asked the Father to have the cup passed away from him in the Garden of Gethsemane? The sixteenth century saint, Theresa of Avila, after enduring a series of extreme hardships once said, "Dear Lord, if this is how you treat your friends, it is no wonder you have so few!" I could go on with example after example, but anyone who has dared to walk an authentic path to God will find that it is never as easy as this 'demand/praise' prayer life or as simple as being just "saved" a Christian.
While some might argue that Tim Tebow's habitual need for attention is little more than causual gratitude to the Divine for his athletic talents, I caution anyone who might fall into this trap to consider that genetic disposition is not always so welcomed. Should the schizophrenic of the world start praising God for their hallucinogenic talent? Certainly that was a God-given condition. Should the starving in third-world countries praise God for their slow death at the hands of economic scarcity? Is that not God-given as well? Playing this game reduces God down to a fickle ruler who plays favorites and it attaches to random statistical outcomes a Divine purpose, when in fact, the actuality of God's Will is far too specific for such attributions. Of course, a firm academic mastery of theology and philosophy, along with a viable praxis that has at its heart a limitless tolerance would be necessary to understand this. In my experience, such individuals are not even playing in the same ball park.
It begs the question...
What would these Christians say if Tebow at some point decides to convert to Hinduism and then offers up, after each outstanding play, milk to be poured down a statue of Ganesha that he conveniently keeps on the sidelines? Will they say that his talent will somehow become unavailable to him? If he continues to play well, will they attribute his successes to being "from the Devil"? Perhaps even accuse him of witchcraft?
Let's maintain perspective here. God plays no favorites! Not in terms with religion or anything else. There are the random events of the world, no more important than the throw of two dice at a craps table in Las Vegas. And within these random events, there exists intention; human intention and Divine intention. Human intention includes every effort we make to gain as many of our desires as we possibly can have. This includes intercessory prayer, along with the erroneous belief that we can win God's favor to such a point that we can actually call the shots, if only we are Christian enough, have enough faith, show enough praise. Foolishness!
Mankind's 'will' serves one purpose in the Divine life and that is to bring to full awareness the necessity of aligning it perfectly to the Divine Will. The Divine Will is absolute, unchanging, perfect, and substantiated. It cannot be moved. It cannot be won. It can only be known and when known, we can only choose to follow after it or not. Perhaps this is not as much fun or provides less comfort than thinking that God wants the Broncos to win the Superbowl, but actuality is actuality. We can live within it and grow to mature adults or we can remain in Candyland and pretend the trees are made of peppermint sticks, because, don't you know, God loves me most of all!
Patriarch Nicholas III in mundo +Bryan D. Ouellette, Ph.D.
Holy Nicholean Catholic Church
Holy Imperial Russian Orthodox Church
Posted by Bishop Bryan D. Ouellette, Ph.D., SOSM at 3:26 PM 5 comments: 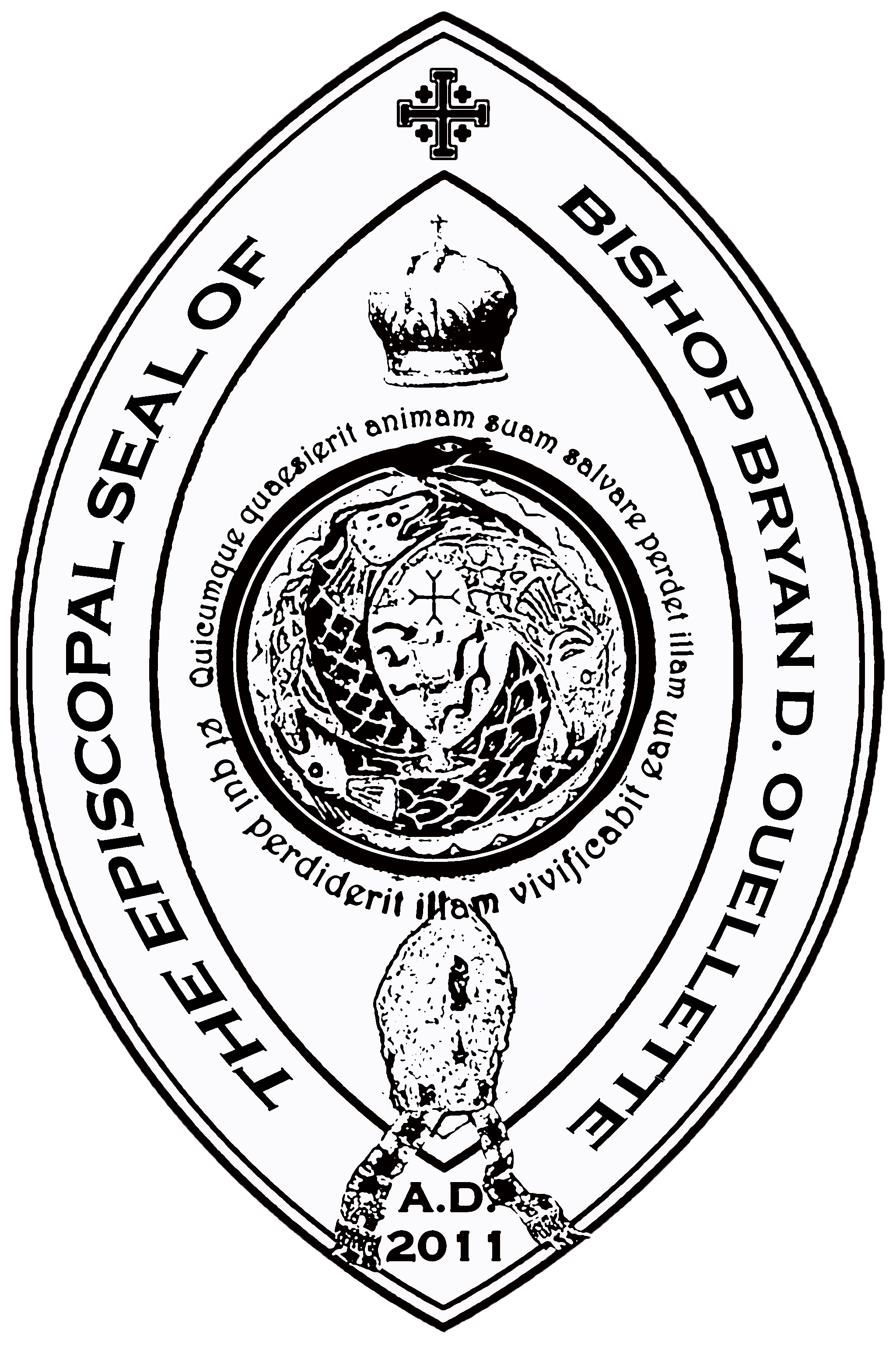